How the Kaftan Went Global 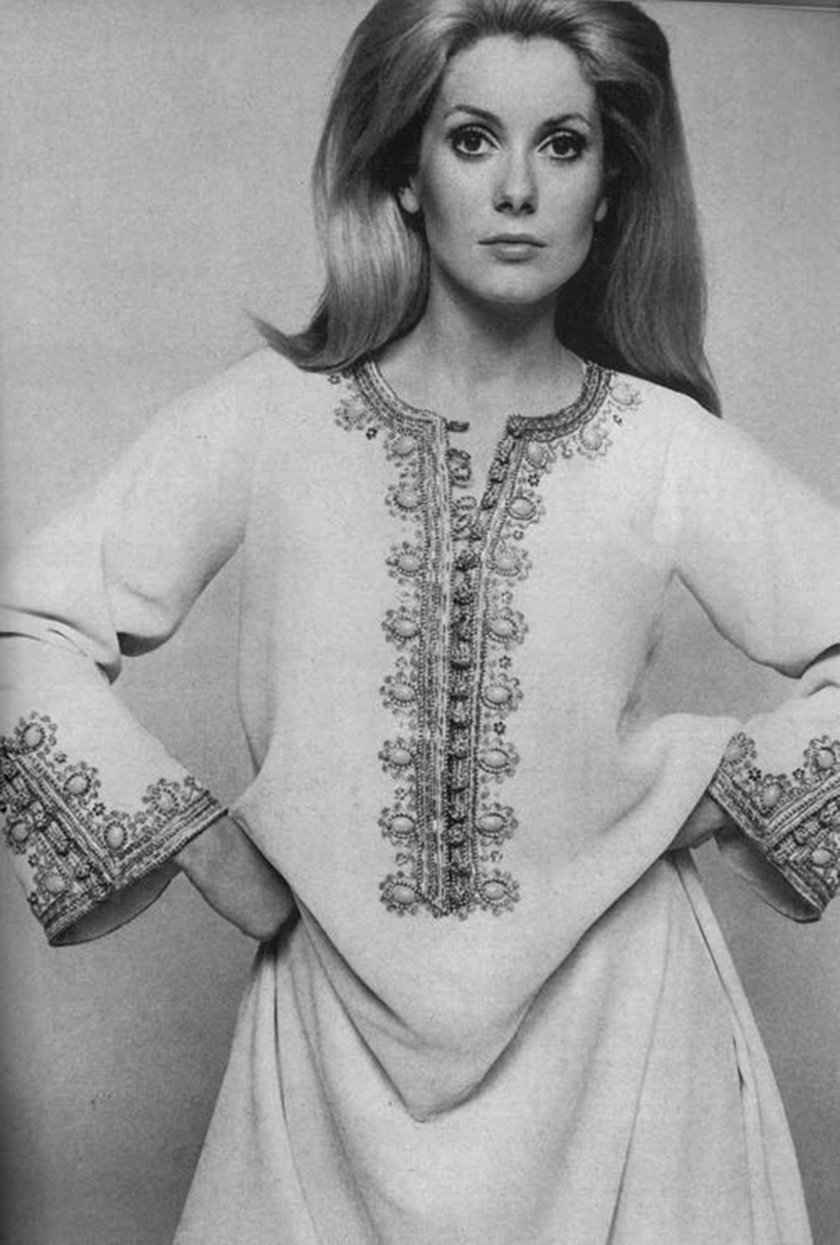 In Get inspired By Safa, moroccanzest

How the Kaftan Went Global

Several factors allowed the Moroccan Kaftan (also Caftan) to cross borders and influence fashion internationally. It really started in the 1950s, with the introduction of European haute couture in Morocco and the improvement of Moroccan women’s conditions. Many Moroccan women designers felt empowered to celebrate the Kaftan heritage and brought a few simple changes to make it more convenient for every woman. They reduced the number of layers and the usual width of the traditional kaftan and used flowy and airy fabrics for better wearability.

Their creations were sought after and attracted international personalities such as Yves Saint Laurent, Tabitha Getty, Annita Pallenberg, Catherine Deneuve, Queen Beatrix of Holland, and Oum Kalthoum. American Vogue editor-in-chief, Diana Vreeland, devoted many articles to the Moroccan Kaftan and Moroccan fashion. Esquires magazine also celebrated the comfort of the Caftan in an article published in June 1972.

I'm Safa, a Moroccan Native who used to spend her childhood afternoons exploring Medina streets and embroidering in her aunt's little Moroccan sewing shop. Years later and thousands of miles away from Morocco, here I am, reconnecting with my passions: Morocco, Moroccan food and Moroccan fashion and design. I hope you enjoy this little Moroccan bubble