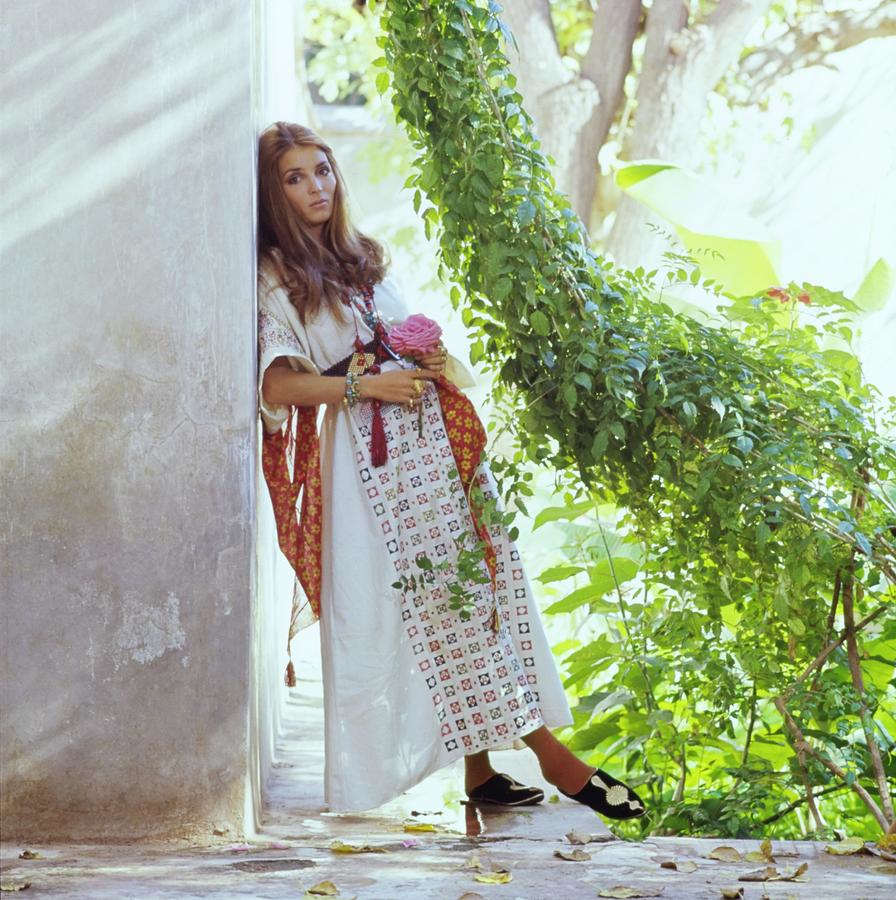 In Get inspired By Safa, moroccanzest

I am fascinated with the history of Morocco in the prodigious 60 and 70s. I was first introduced to this era by my parents who witnessed its vitality and audacity as young adults. Morocco in those wild decades was the stopover for many artists and intellectuals. Talitha Getty was one of them.

Born in Java, Indonesia in the early 1940s, Talitha Pol grew up in a family of creatives. The world remembers her as the pioneer of the gypsy, bohemian-chic style. Her Indonesian cradle was probably behind her fascination for embroideries, colors, and oriental scents, which she brought as a style icon to the Swinging London socialite scene.

Married in 1966 to American oil tycoon John Paul Getty Jr, the two settled in Marrakech and made Le Palais Da Zahir, their home and the main stop for jet setters visiting Marrakech. Yves St. Laurent, who also resided in Marrakech, was a good friend of Tabitha Getty and John Paul Getty Jr. The Beatles and the Rolling Stones spent a Christmas together in their hedonic palace. There were many parties. Talitha Getty knew how to throw a party.

Immortalized at her Marrakech palace by photographer Patrick Lichfield for an editorial in Vogue 1970 – before her tragic death in 1971 – the photographs are still iconic. Mixing luxury and nonchalance, long caftans, turbans, and pearl necklaces, they embody the quintessence of the bohemian chic style that she invented.

I'm Safa, a Moroccan Native who used to spend her childhood afternoons exploring Medina streets and embroidering in her aunt's little Moroccan sewing shop. Years later and thousands of miles away from Morocco, here I am, reconnecting with my passions: Morocco, Moroccan food and Moroccan fashion and design. I hope you enjoy this little Moroccan bubble