The Best & Safe Way to Use a Moroccan Tagine Pot 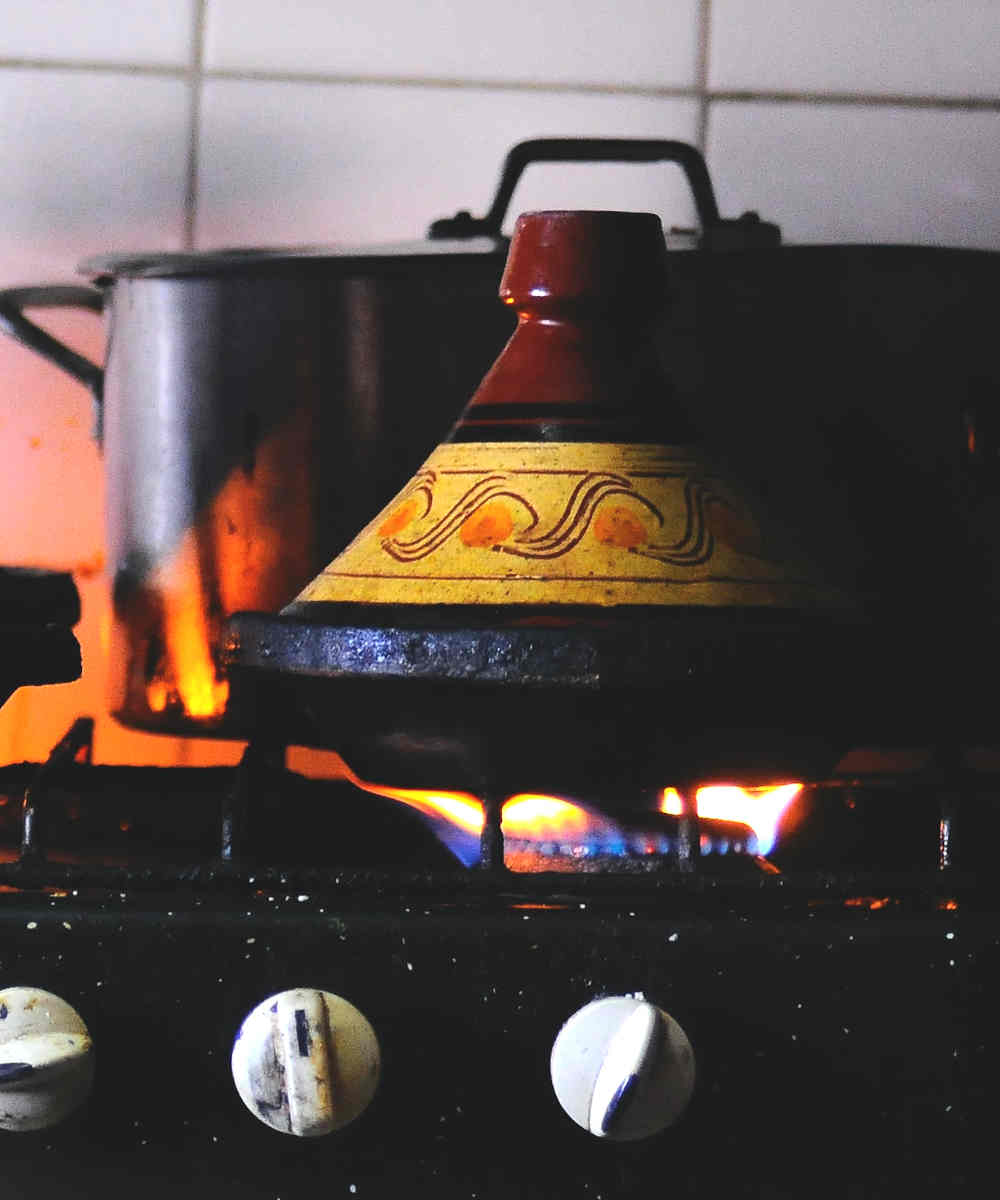 In Easy Recipes, Moroccan Food By Safaa (founder of moroccanzest)

The Best & Safe Way to Use a Moroccan Tagine Pot

How to use a tagine pot? That’s one of the questions I get asked the most. Many of you want to know how to cook in a Moroccan tagine pot the traditional way and whether it is easy and worth it to integrate tagines into one’s cooking routine.

The short answer is yes, absolutely! And I highly encourage you to do so. I learned tagine-making from my late Moroccan grandmother. I watched her make tagine dishes from scratch, mixing the chermoula – sauce – with a brass mortar and slow-cooking the dish for hours. Tagines were served almost daily and they were a perfectly balanced and delicious meal to comfort the body and soul.

Now I use my tagine pot at least twice a week. You might think that cooking in them is time-consuming or complicated, but I promise you it’s the opposite. Once you start cooking in a tagine pot, there will be no coming back.

These clay pots are magical. They help you create amazing tastes and flavors that your family and friends will adore! They are also one of the healthiest cookware you can use, especially if you use clay tagines made with clay only. Cooking in clay is healthy, and as tagine dishes are cooked on low to medium heat, you will be sure that your dish has kept most of its nutrients.

I will include in this article some basics you need to know to use your tagine pot and protect it from cracking. These basics are important to follow to keep your tagine pot for years to come.

I will also include the steps to get you started with your first tagine dish. The recipe below is the traditional recipe of the Moroccan meatballs tagine. Easy, quick (can be done in 30 minutes) it is also full of flavors! I’m sure you will love it!

A very important thing to know is that not all tagine pots available in the market are made for cooking. In fact, many of them are only for serving purposes, meaning you can’t use them on the stove.

It can get a little tricky here as many sellers claim their serving tagine pots are compatible with cooking too, while it’s not the case. If you are unsure, ask your seller again, especially if your tagine pot is heavily and beautifully decorated.

The general rule of thumb is if a tagine pot is pretty basic or has tiny embellishments, it’s more likely to be a cooking tagine. Otherwise, you need to double-check.

If you don’t have a tagine pot yet, this lead-free handmade tagine pot is my best choice when it comes to size (you need a tagine pot that will comfortably hold your ingredients), materials used (lead-free and only natural clay), and design.

Seasoning tagine pots also called curing a tagine pot, is a PRIMORDIAL step in tagine preparation. Unfortunately, many overlook this step, resulting in fragile tagine pots that can easily crack and break.

Seasoning a tagine pot consists of preparing your tagine base and lid for future uses by sealing and strengthening its structure. This is done ONCE, before the very first use, through a series of simple steps which include soaking the tagine pot, brushing it with oil, and cooking it in a low-heated oven for a couple of hours.

Seasoning is important, and most cooking tagine pots in the market are sold unseasoned. If you haven’t seasoned your tagine pot yet, make sure you check my tagine pot seasoning and cure guide.

Using a Heat Diffuser with your Tagine

Another important thing to remember is that clay tagines are really sensitive to heat. So always use your tagine pot on low-to-medium heat with a heat diffuser. Otherwise, it’s only a matter of time before your tagine cracks. As requested by many, I will share at the end of the article the products I use with my tagine.

This $20 stainless steel heat diffuser is the one I’ve been using for years, but you can get any comparable heat diffuser.

When cooking in your tagine pot, check regularly to make sure the ingredients don’t stick to the bottom. That’s why heat diffusers are very handy, in fact, when you are using your tagine with a heat diffuser, the sauce won’t evaporate quickly and your tagine experience will be much more relaxed.

Recipes That Respect Your Tagine Pot

This is a very important point. I often get emails from people asking me why their tagine cracked or broke during cooking. This is common, and luckily, easy to avoid. As mentioned above, tagine pots are very sensitive to sudden changes in heat. This means that you should keep that in mind when cooking your dish. As an example, if you need to add water to your tagine dish while cooking to avoid the ingredients burning, you should add warm water and not tap water as it can be cold and can be a sudden change in temperature.

Unfortunately, many recipes online do not take this into account. That’s why I’d recommend focusing on traditional Moroccan recipes for cooking in a clay tagine pot.

Here are the main steps to cook your first delicious meatballs tagine:

STEP 1: Prepare the Base Layer

The first step is to place a layer of onions (either cut into cubes or rings). Then add garlic and cooking oil and lightly cook everything for a couple of minutes. For a small to medium size tagine pot, you can use 1 small onion, 1 medium garlic clove, and 3 tbsp olive oil.

In a separate pan, heat 1 small can of crushed tomatoes.

Mix well, cover, and let cook on slow heat for 15 to 20 minutes checking occasionally that nothing sticks at the bottom of your tagine pot.

STEP 3: Add The Meatballs to The Cooking Sauce

In a large bowl: mix by hand 1 pound ground meat and the following spice and herb mix:  1 tbsp minced coriander, 1 tbsp minced parsley, 1 tsp paprika powder, 1/2 tsp pepper powder, 1 tsp cumin powder, and salt. Form small meatballs. Gently add the meatballs to the sauce cooking in your tagine and using a spoon, make sure you cover each one of them with the sauce.

Cover and cook for about 10 minutes or until your meatballs are cooked to your taste.

STEP 4 (OPTIONAL): Crack a Couple of Eggs On Top of Your Tagine

Once everything is cooked to your taste, crack one or two eggs on top of the meatballs and let cook for a couple more minutes. Decorate with fresh coriander and parsley.

This 12 inches tagine pot is the perfect size to serve delicious tagines to 4-5 people. 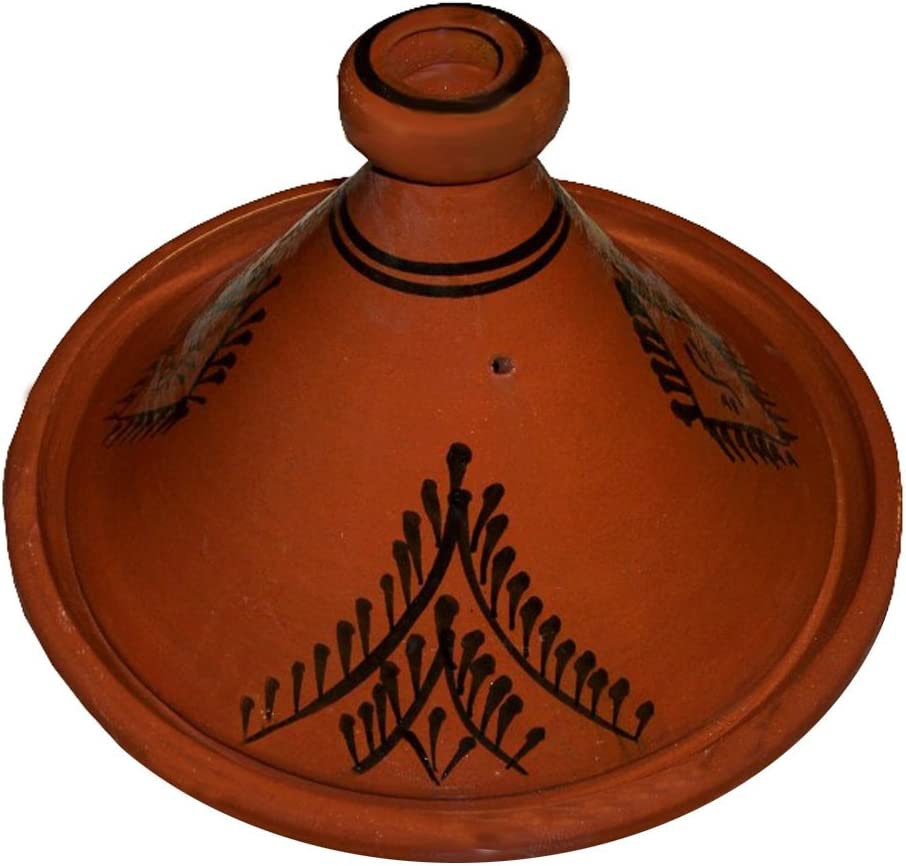 Instant download and it has Morocco’s most delicious and easiest tagine recipes. Your tagines will taste like being on a vacation in Morocco.

How to clean my tagine

thank you, I followed your recommendations, got the tagine cookbook you mentioned, and made my first tagine recipe. It was INCREDIBLE! thank you! now, how can I clean my tagine? can I use soap?

Hi Maria, so glad your first tagine recipe was a success! now for cleaning, just soak your tagine in water for a few minutes and use your regular soap, water, and a scrub brush. cheers to your next tagine recipes! -xx

I downloaded the book you suggested on my iPhone and cannot find it. Anyone assistance on how I can find this would be appreciated.

Hi Lorraine, someone from the team just sent you an email with the download link. Once downloaded to your iPhone, the ebook will be in your ”download” folder. let me know if you need more help -xx

thank you, I made the meatballs tagine, my husband and two toddlers LOVED it! Thank you so much

Can I cook my tajine meatballs in the oven? Or is a tajine only used for stove top recipes?

Hi, usually meatball tagines are cooked on the stove, but you can use your tagine in the oven. just make sure the tagine is seasoned and the oven is on a low temperature – below 300F. I would also place it in the oven before turning the heat on to avoid a thermal choc which can break your tagine -xx

thank you we just tried the meatball tagine recipe, everyone LOVED IT

Other Relevant Articles About Tagine Cooking

Tagine Seasoning: How to Season and Cure a Tagine Pot The Right Way 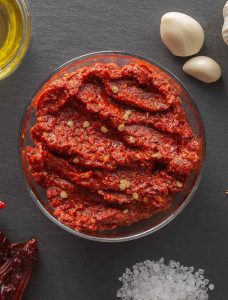 What Is Harissa and How to Find the Right Composition 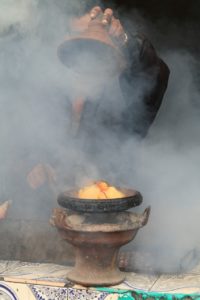